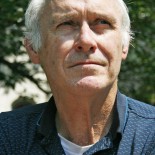 Michael Stoops — a role model, inspiration, and hero to so many of us — passed away on Monday, May 1. In June of 2015 Michael suffered a stroke that he never recovered from; his body finally succumbed to the many complications resulting from the stroke.

For those of us at PFFC, Michael has been a friend, a mentor, and a strong supporter dating back to when we began nearly 10 years ago. Several of our members participate in the Speakers Bureau that Michael established over 20 years ago. Four years ago Michael encouraged us to start an annual Vigil that accompanies the memorial service sponsored every year by the NCH in December to remember DC’s homeless who died on the streets. Michael supported our Public Restroom Initiative. We happily joined his Initiative to make homelessness a category that cannot be discriminated against in DC legislation.

There was nothing that Michael wouldn’t do to help us in our times of need or for that matter all members of DC’s homeless community. Helping the homeless was Michael’s vocation, his life, his passion.

While we miss Michael terribly, we each carry in our thoughts and our hearts the inspiration he gave us to value who we each are and to never give up. God bless you, Michael!

By: Posted on Categories: Uncategorized